The Beauty of Darkness 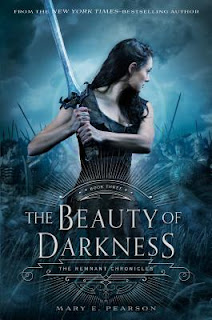 Lia has survived Venda—but so has a great evil bent on the destruction of Morrighan. And only Lia can stop it.With war on the horizon, Lia has no choice but to assume her role as First Daughter, as soldier—as leader. While she struggles to reach Morrighan and warn them, she finds herself at cross-purposes with Rafe and suspicious of Kaden, who has hunted her down.
Read more »
at April 19, 2019 No comments:

A Kiss in Time 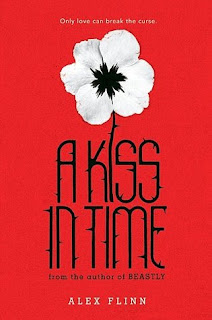 Talia fell under a spell...
Jack broke the curse.I was told to beware the accursed spindle, but it was so enchanting, so hypnotic...I was looking for a little adventure the day I ditched my tour group. But finding a comatose town, with a hot-looking chick asleep in it, was so not what I had in mind.I awakened in the same place but in another time—to a stranger's soft kiss.I couldn't help kissing her. Sometimes you just have to kiss someone. I didn't know this would happen.Now I am in dire trouble because my father, the king, says I have brought ruin upon our country. I have no choice but to run away with this commoner!Now I'm stuck with a bratty princess and a trunk full of her jewels...The good news: My parents will freak!Think you have dating issues? Try locking lips with a snoozing stunner who turns out to be 316 years old. Can a kiss transcend all—even time?
Read more »
at April 19, 2019 No comments:

The Heart of Betrayal 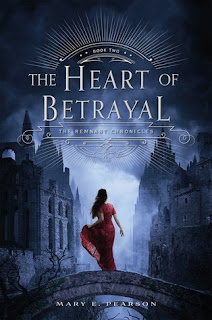 Held captive in the barbarian kingdom of Venda, Lia and Rafe have little chance of escape . . . and even less of being together.Desperate to save her life, Lia’s erstwhile assassin, Kaden, has told the Vendan Komisar that she has a magical gift, and the Komisar's interest in Lia is greater than either Kaden or Lia foresaw.Meanwhile, the foundations of Lia's deeply-held beliefs are crumbling beneath her. Nothing is straightforward: there's Rafe, who lied to her, but has sacrificed his freedom to protect her; Kaden, who meant to assassinate her but has now saved her life; and the Vendans, whom she always believed to be barbarians but whom she now realizes are people who have been terribly brutalized by the kingdoms of Dalbreck and Morrighan. Wrestling with her upbringing, her gift, and her very sense of self, Lia will have to make powerful choices that affect her country, her people . . . and her own destiny.
Read more »
at April 18, 2019 No comments: 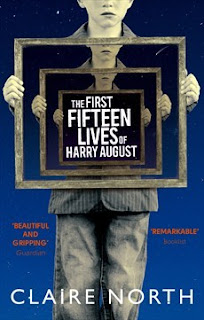 No matter what he does or the decisions he makes, every time Harry dies, he always returns to where he began, a child with all the knowledge of a life lived a dozen times before.Nothing ever changes - until now.As Harry nears the end of his eleventh life, a little girl appears at his bedside. 'I nearly missed you, Doctor August,'she says. 'I need to send a message.'This is the story of what Harry does next, and what he did before, and how he tries to save a past he cannot change and a future he cannot allow.
Read more »
at April 18, 2019 2 comments: 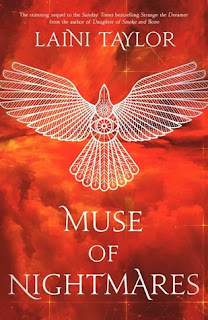 In the wake of tragedy, neither Lazlo nor Sarai are who they were before. One a god, the other a ghost, they struggle to grasp the new boundaries of their selves as dark-minded Minya holds them hostage, intent on vengeance against Weep.Lazlo faces an unthinkable choice--save the woman he loves, or everyone else?--while Sarai feels more helpless than ever. But is she? Sometimes, only the direst need can teach us our own depths, and Sarai, the muse of nightmares, has not yet discovered what she's capable of.As humans and godspawn reel in the aftermath of the citadel's near fall, a new foe shatters their fragile hopes, and the mysteries of the Mesarthim are resurrected: Where did the gods come from, and why? What was done with thousands of children born in the citadel nursery? And most important of all, as forgotten doors are opened and new worlds revealed: Must heroes always slay monsters, or is it possible to save them instead?
Read more »
at April 18, 2019 No comments: