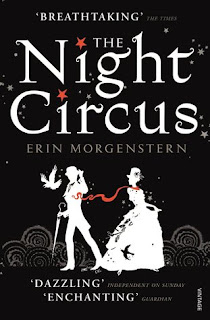 The circus arrives without warning. No announcements precede it. It is simply there, when yesterday it was not. Within the black-and-white striped canvas tents is an utterly unique experience full of breathtaking amazements. It is called Le Cirque des Rêves, and it is only open at night.But behind the scenes, a fierce competition is underway: a duel between two young magicians, Celia and Marco, who have been trained since childhood expressly for this purpose by their mercurial instructors. Unbeknownst to them, this is a game in which only one can be left standing, and the circus is but the stage for a remarkable battle of imagination and will. Despite themselves, however, Celia and Marco tumble headfirst into love - a deep, magical love that makes the lights flicker and the room grow warm whenever they so much as brush hands.True love or not, the game must play out, and the fates of everyone involved, from the cast of extraordinary circus per­formers to the patrons, hang in the balance, suspended as precariously as the daring acrobats overhead.
Read more »
at March 23, 2019 No comments: 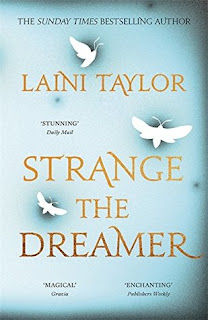 THE DREAM CHOOSES THE DREAMERSince he was five years old, Lazlo Strange has been obsessed with the mythical lost city of Weep, but it would take someone bolder than he to go in search of it. Then a stunning opporunity presents itself - in the person of a hero called the Godslayer and a band of legandary warriors - and he has to seize his chance or lose his dream forever.
Read more »
at March 23, 2019 No comments: 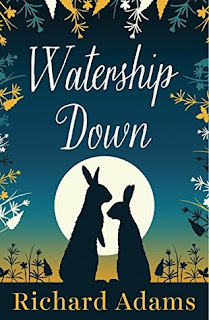 Set in the beautiful English countryside of the Berkshire Downs, a once idyllic rural landscape, this stirring tale of adventure, courage, and survival follows a band of very special rabbits fleeing the destruction of their home by a developer. Led by a stout-hearted pair of brothers, they leave the safety of Sandleford Warren in search of a safe haven and a mysterious promised land, skirting danger at every turn.
Read more »
at March 23, 2019 No comments: 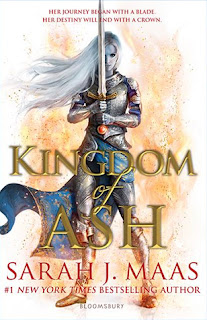 Aelin has risked everything to save her people―but at a tremendous cost. Locked within an iron coffin by the Queen of the Fae, Aelin must draw upon her fiery will as she endures months of torture. Aware that yielding to Maeve will doom those she loves keeps her from breaking, though her resolve begins to unravel with each passing day…With Aelin captured, Aedion and Lysandra remain the last line of defense to protect Terrasen from utter destruction. Yet they soon realize that the many allies they’ve gathered to battle Erawan’s hordes might not be enough to save them. Scattered across the continent and racing against time, Chaol, Manon, and Dorian are forced to forge their own paths to meet their fates. Hanging in the balance is any hope of salvation―and a better world.And across the sea, his companions unwavering beside him, Rowan hunts to find his captured wife and queen―before she is lost to him forever.